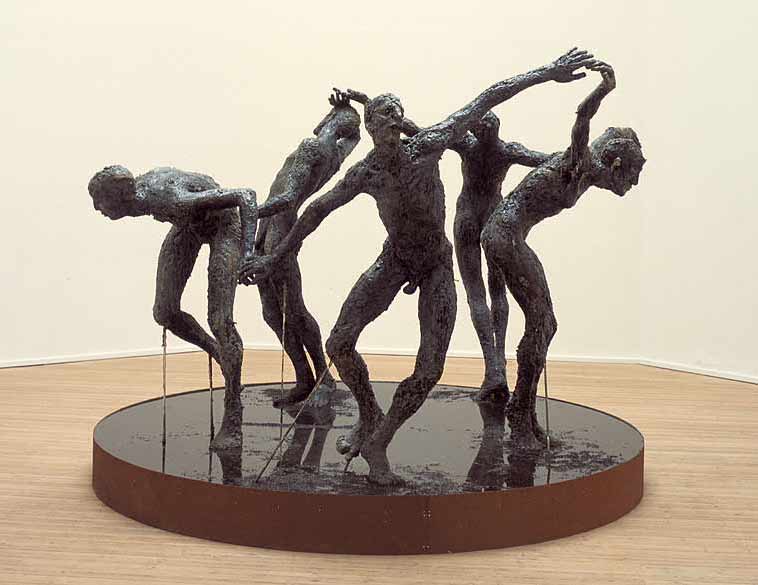 "In becoming articulate beings ...our individual life stories became divorced from our genetic history. Or, to put it another way: Not one but two stories are being enacted in the human body and consciousness.
This makes it impossible for individuals to fully realize themselves without at the same time seeking to overcome this rift. Each and every one of us has to find some way in our lives of reconciling the two seemingly unrelated stories into which life has plunged us. We must be able to lend an ear to both narratives and unite them into one meaningful story - one which will ensure that we feel at home both in human society and in the living world from which we came"
Signs of meaning in the universe / Jesper Hoffmeyer

Since the history of man, as we became articulate beings, separated into two distinct lines, the history of nature and of culture, these two lines have continued to diverge. The line of culture tore itself from the master rule of nature and eventually the master / slave relationship reversed. The takeover was finally solidified by the development of the ability to transform the innermost structures of nature to culture - the gene technology.

The key to who and what we are today, lies somewhere in the gap between those two lines. Also to be found is the key to our many myths and dreams, as concrete manifestations of the unspeakable or suppressed aspects which together constitute man, and which we do not possess the ability to perceive split up into parts.

De Profundis can be seen as impacts in this room - images of the mind gathered from the corners, edges and borders of the double deep of man. The nine independent sculptures and groups of sculptures are intended as a whole and are aspects of that same entity - a cycle. Thus it is not so much the tale of a number of different existences, as it is the tale of one.

The title, De Profundis (From the Deep), is, in a musical context, closely related to the religious cry of despair, which has inspired a multitude of beautiful and intense music. (From the Deep I Thee call, oh Lord, Psalms of David, number 130 ).

However, the powerful image of the existential despair has also given inspiration to this cycle of sculptures. And I chose to borrow The Deep from this, even if it is experienced from a different point of view:
Creation, evolution and extinction from the individual to the species - endning in homage to life as a chaotic, ecstatic round dance, where the individual elements are balances by the others by the maelstrom of collective motion. They are islands of emotional and intellectual goods in a miniature universe, whose origin is founded on points of fascination from evolutionism via comparative behavioral research to aspects of gene technology, in an ever increasing wonder about the phenomenon of existence.

The themes I attempt to touch are: power / powerlessness, the new human/ the dying out human, everything's play everything, and the ability of thought and fantasy to imagine the impossible unfold and give it substance.

In the figurative abstraction I seek the fullness of the interval - the span between the suggested and the spontaneous completion by the spectator.
Likewise I use the figurative as a medium for abstract composition. Within the individual groups as lines and paths of energy. And in a broader sense as a movement throughout the entire cycle between different manifestations of the three states of energy: static, potential and kinetic.

The rough appearance of the sculptures is attributable to the disparity between the desire for monumental expression and the capacity of the means. They appear in the material in which they were created, but this vulnerability might convey more intimacy. 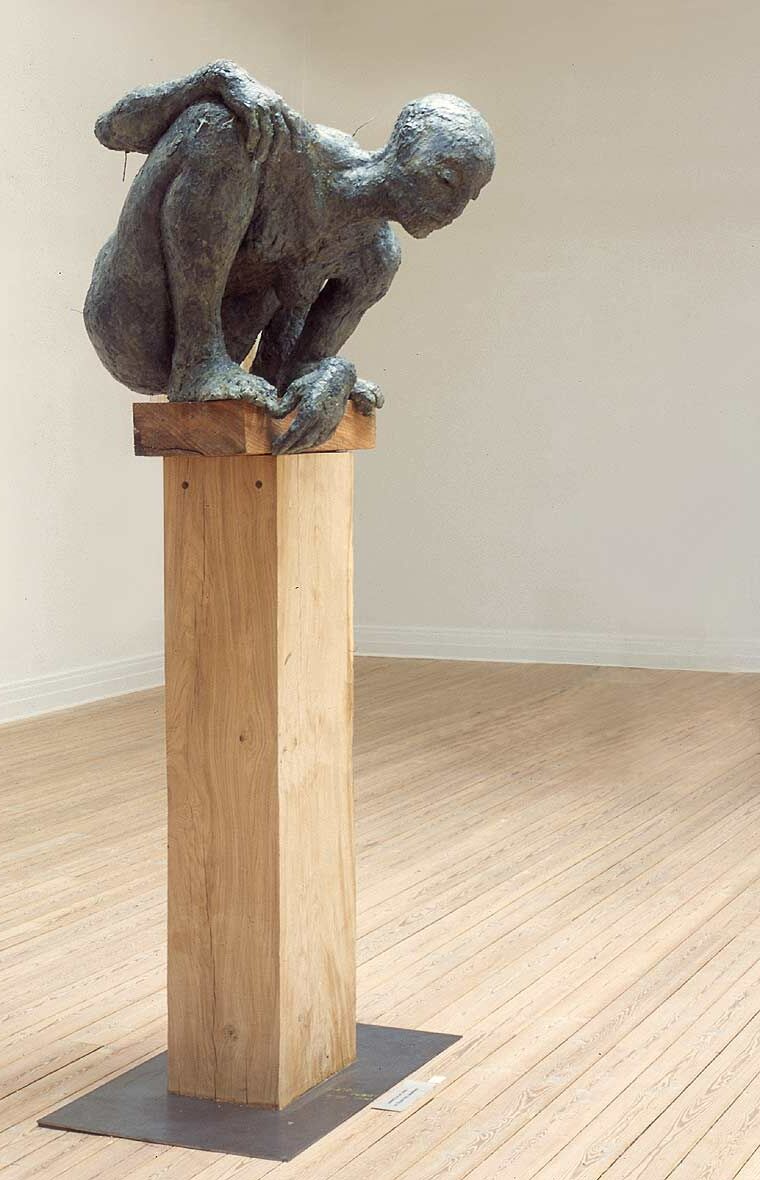 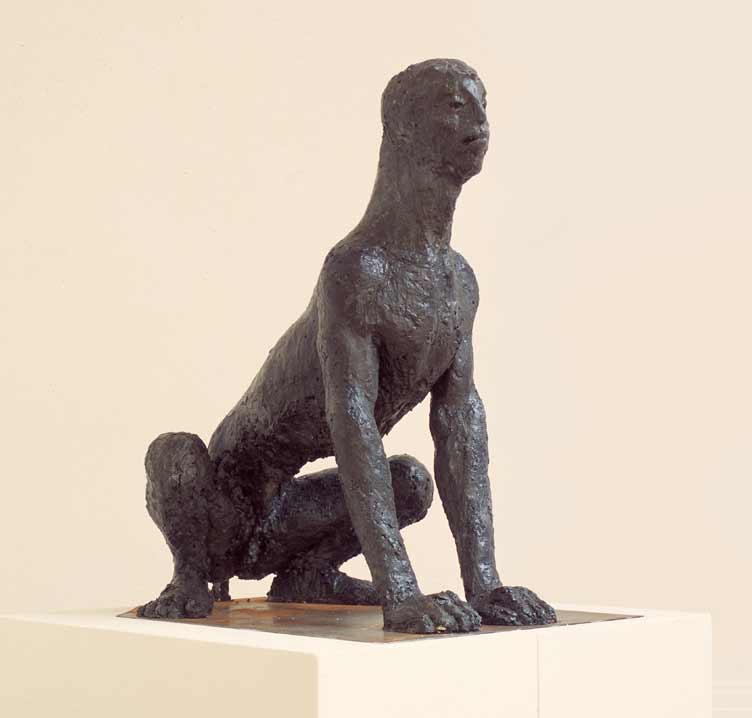 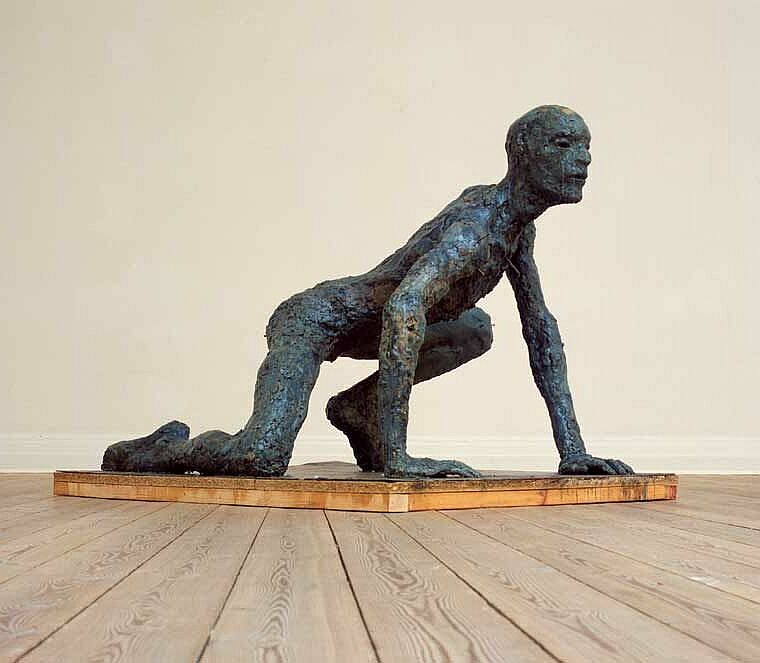 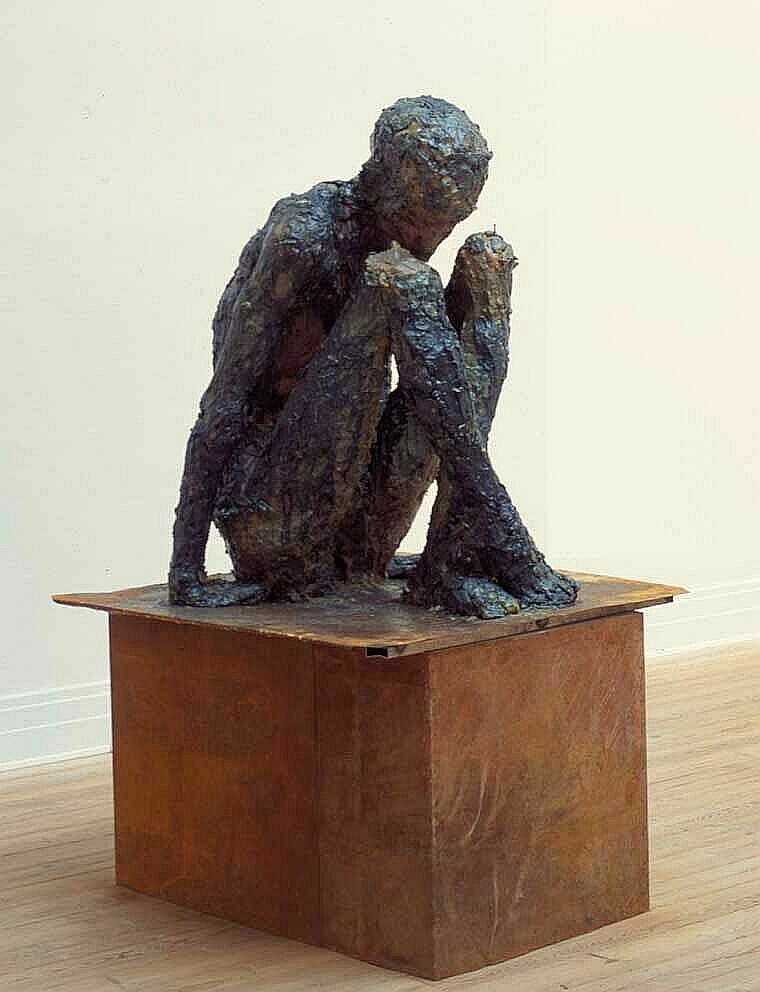 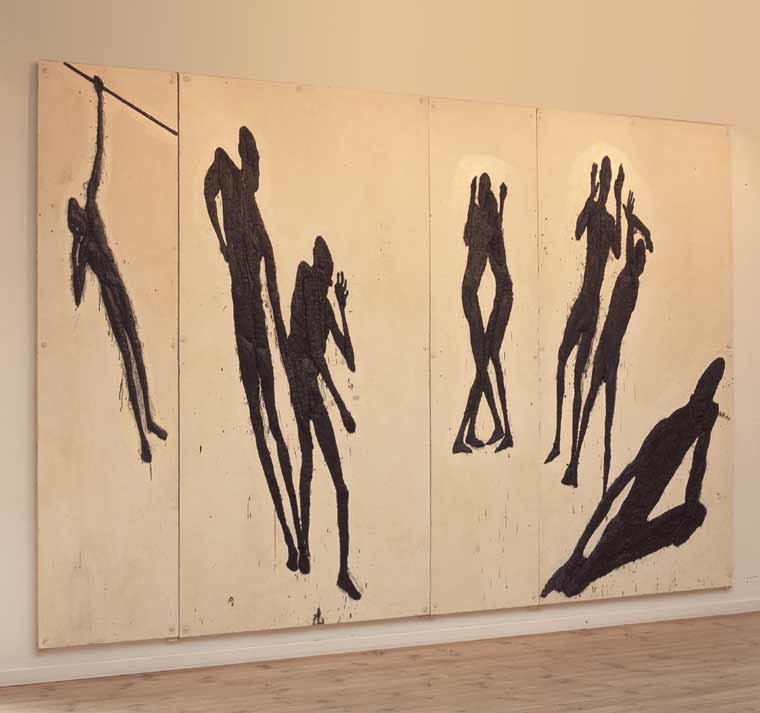 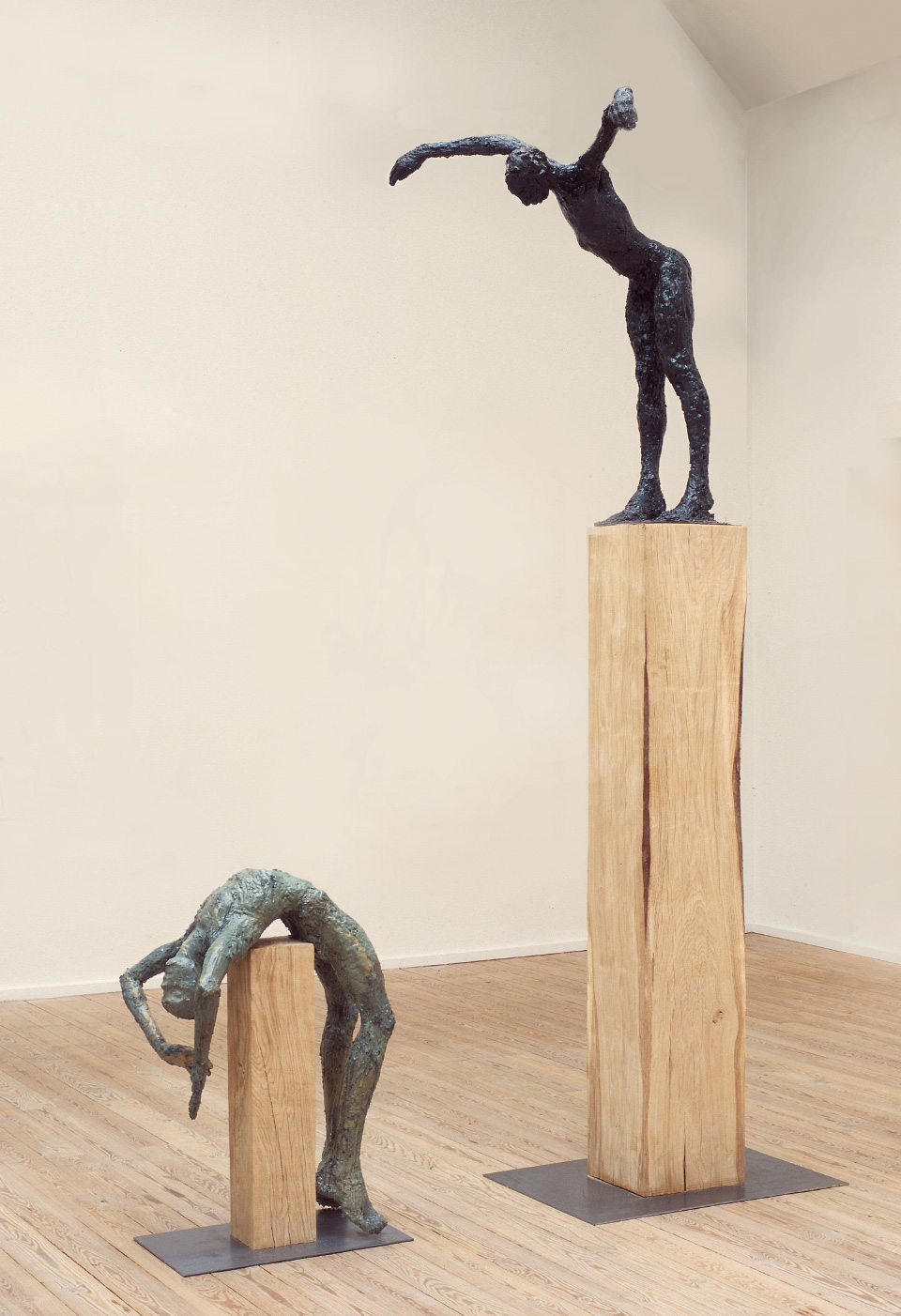 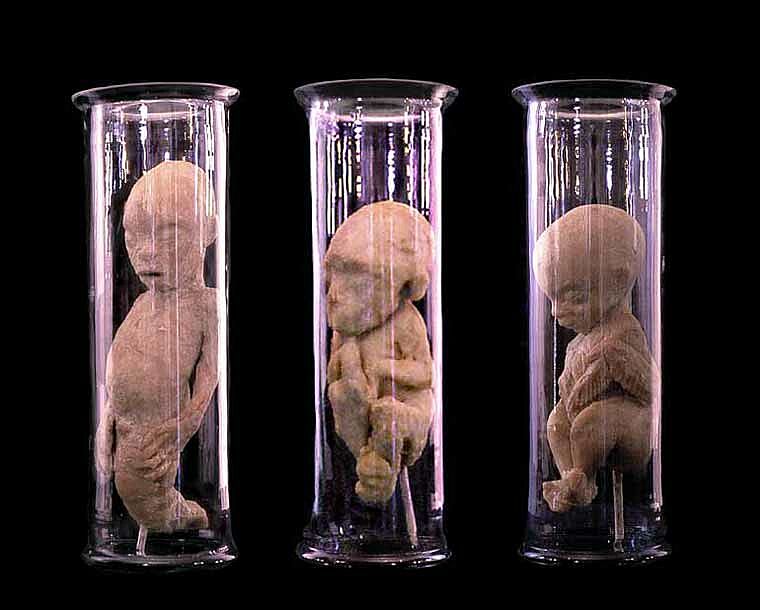 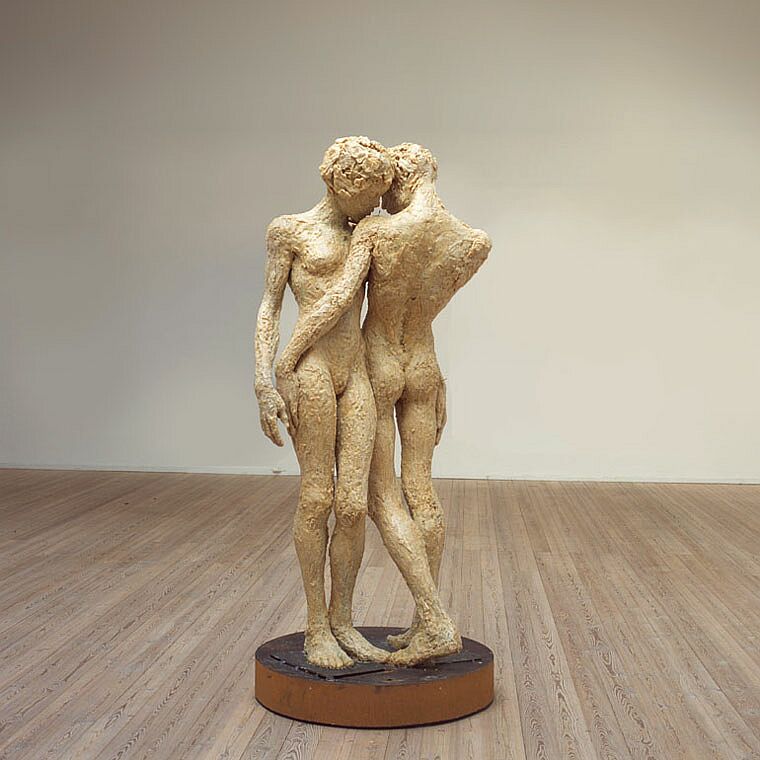